There’s No Such Thing as ‘Dead Water’

Some people refer to water purified by either a reverse osmosis or distillation process as ‘dead water’. There is no such thing as dead water.

Both reverse osmosis and distillation water treatment methods produce highly ‘purified’ water. The water produced by these methods contains little or no minerals or total dissolved solids and very little in the way of contaminants. It is this condition that is referred to with the term ‘purified’. There are legitimate criticisms of these treatment methods but the use of the word ‘dead’ is subjective and implies a negative condition which simply does not pertain.

‘Dead water’ suggests a lack of life or since we are discussing water, implies a lack of energy. Conversely there is the notion of ‘living water’ or ‘revitalized water’. Both of these concepts refer to the energy bond between the hydrogen and oxygen atoms making up the water molecule, H2O. Research by scientists at Stanford University suggests that the angle at which hydrogen and oxygen atoms bond can be modified when the water is spun within a closed environment. The use of the words ‘living water’ or ‘revitalized water’ refer to this modification in the angle of attachment. Both terms suggest an improved condition to the water produced.

Critics of reverse osmosis suggest that the process of forcing water through a non porous membrane is stressful for the water molecule, causing it to become ‘dead’. Similarly, they suggest that distillation, which uses heat to cause water to vaporize and condense has the same effect. Again, my point is that these are subjective comments and not based on any particular evidence. In fact, customers of mine who study energy (but I am not claiming they are scientists) suggest that the water from the reverse osmosis systems I sell responds very positively to measures of energy that involve ‘witching’ or pendulums, a subtle (but again possibly subjective) measure.

The point I’m making in this discussion is limited to the notion that ‘there is no such thing as dead water’. Water is neither living nor dead. One could take electron microscopic photographs of water purified using these processes and thus determine if the bond angles has been modified. Dr. Masaro Emoto has taken photos of water processed this way and does suggest that the resultant crystalline structure looks haggard or modified in a negative way from the untreated water source. Emoto’s photos may provide evidence of this stress or they may not. Dr. Emoto’s work has yet to be duplicated by others who have tried, and appears also to have been influenced by subjective predisposition.

Water processed using reverse osmosis or distillation exhibits certain traits which are cause for concern. One of these is low pH or acidity. Because water is the universal solvent it has a tendency to dissolve and carry minerals. The composition of these will be a direct reflection of the land which the water comes in contact with. Together these are known as tds, or total dissolved solids. These constitute the minerals we commonly think of as being present in water. What these are is the topic for another day. But when these minerals are lacking and the ‘purified’ water comes into contact with air it will interact with carbon dioxide to form carbolic acids in the water. This will lower the pH of said water.

Some people, including some health practitioners, suggest that we should drink alkaline water in an effort to make our bodies become more alkaline. They go on to suggest that a body pH tending toward alkaline is more resistant to disease. Others suggest that since the human stomach has a naturally low pH of 5 to 5.6 that it is nonsense to suggest that the pH of water matters much…since it will be changed immediately upon consumption.

It seems to me that diet is more critical than water in terms of our body pH, but it does seem more natural to me to drink water with a slightly alkaline pH since this is what would more commonly occur in the surface waters that humans would have used as water sources throughout the ages.

Another issue with reverse osmosis and distillation is the lack of minerals or low total dissolved solids content itself. Again, some practitioners suggest one thing while others suggest another. A number of prominent health practitioners have suggested that low tds water is more readily able to saturate the cell membranes and that high tds water is rejected by the body. This is, in fact, evidenced clearly when the tds is at an extreme. Salt water, which has a very high tds, is commonly used to flush the stomach and colon of their contents, because high tds water is not absorbed by the body. In theory, water with low tds content would be more readily absorbed by cells, due to water’s natural tendency to flow toward a higher concentration environment (called ‘osmosis’).

Again, I settle on a matter of what is natural in the environment. It seems to me that people would normally have drank water from a surface environment such as a river or lake and that water would have contained minerals – a tds level between 30 and 230 is what I prefer. There is some evidence, offered within studies funded by the World Health Organization (WHO), that strongly suggests that people who drink water with minerals have lower rates of certain diseases than people who drink water lacking minerals.

I conclude by suggesting that it is my personal preference to drink spring water or unpolluted surface water that does contain minerals. Flowing water from a land area that is undeveloped represents what I think of as an ideal water to maintain health.
Today, however, we have polluted many of our rivers and streams, and in many cases, it is simply inadvisable to drink surface waters due to upstream discharges of various pollutants, including sewage. This water will contain a wide variety of pollutants that can be extremely damaging to our body’s immune and endocrine systems, with long term, unknown effects on health.

In these cases, I strongly recommend the use of a reverse osmosis system to remove these contaminants. I modify the systems I sell to overcome the objections to this technology that I’ve previously discussed. Water that has been purified using reverse osmosis is not ‘dead water’, but if one wishes to ‘revitalize’ the water then the addition of a water revitalizer provides an easy remedy to this concern. 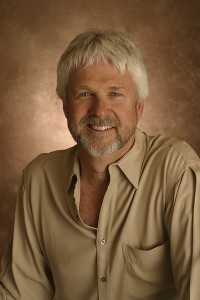 Jim McMahon is an ecologist with over 30 years of experience. He launched Sweetwater LLC in 2002 and works from his home overlooking the Santa Clara River in Brookside, Utah.  To learn more, visit http://www.cleanairpurewater.com